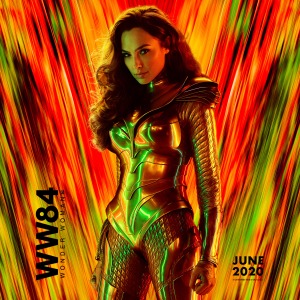 The trailer for “Wonder Woman 1984” has dropped, and it is bonkers, in the best way possible.

Patty Jenkins and Gal Gadot re-team for the next installment of the amazing amazon’s adventures, set in the time of big hair, shoulder pads and destination malls.

There’s so much to dig in this trailer.

Wonder Woman tossing her tiara like a boomerang. Diana whipping her magic lasso to take out a group of baddies. Is Diana piloting the invisible jet? The music, oh, that thumping ’80s music. More action on Paradise Island. That golden armor. Diana using her lasso to ride freaking lightning! Whaaaaatttt!

Oh, and Steve Trevor is back from the dead, somehow, and now their roles are reversed. Diana helps him adjust to the ways of the modern world. I’m still not sure about that fanny pack, but it’s so great to see Chris Pine again by Gal Gadot’s side. They have chemistry unmatched by any other screen couple.

After seeing this teaser, all I can say is: Take my money.