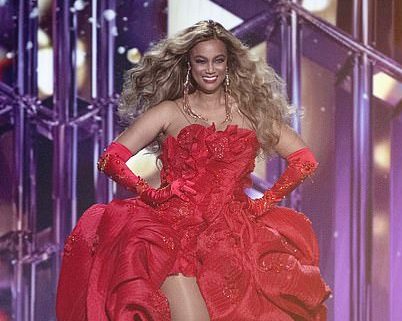 Tyra Banks seemed a bit testy with the judges on the premiere of the revamped, pandemic-proofed “Dancing with the Stars” last night.

The 29th season opener, the first without legendary host Tom Bergeron, opened with everyone, the judges, new host and executive producer Banks, and the contestants practicing social distance.

You can understand the Covid-19 restrictions. But why were the camera people so hesitant to get close-ups of the dancers?

There are wide shots and then there are wiiiiiiiide shots, of which “Dancing” kicked to far too much.

At times, Bank didn’t seem to understand how the show works.

The judges – this season Carrie Ann Inaba, Derek Hough, and Bruno Tonioli – historically lowball everyone on the ballroom floor the first week, in part to prod the newbie dancers to do better, in part to tease viewers that the best is yet to come.

After the panel scored actress Anne Heche’s Cha-Cha-Cha an 18 out of 30, Banks said, “All right, I’m new to this, because I saw more than that, but I’m not the experts, you guys are.”

After the judges gave “The Real” host Jeannie Mai an 18 for her salsa, Banks said, “These judges are shady!”

Maybe not the best way to start a working relationship.

Machado and actress Skai Jackson tied the night for first place with scores of 21.

The judges truly hated reality star and realtor Chrishell Stause’s tango. Tonioli told her, “So many things went wrong, I wish you could do it over again.”

Inaba deducted a point from Davis’ score because he executed a lift – apparently, a huge no-no.

Baskin somehow earned the last spot of the night, typically given to an extraordinary dancer.

As expected, there were a lot of cat puns, and even a Paso Doble performed to the tune “Eye of the Tiger.”

Perhaps the kindest thing that can be said is that for a dancer, Baskin walks really well. She earned an 11, the lowest score of the night.

It’s going to be a long season.