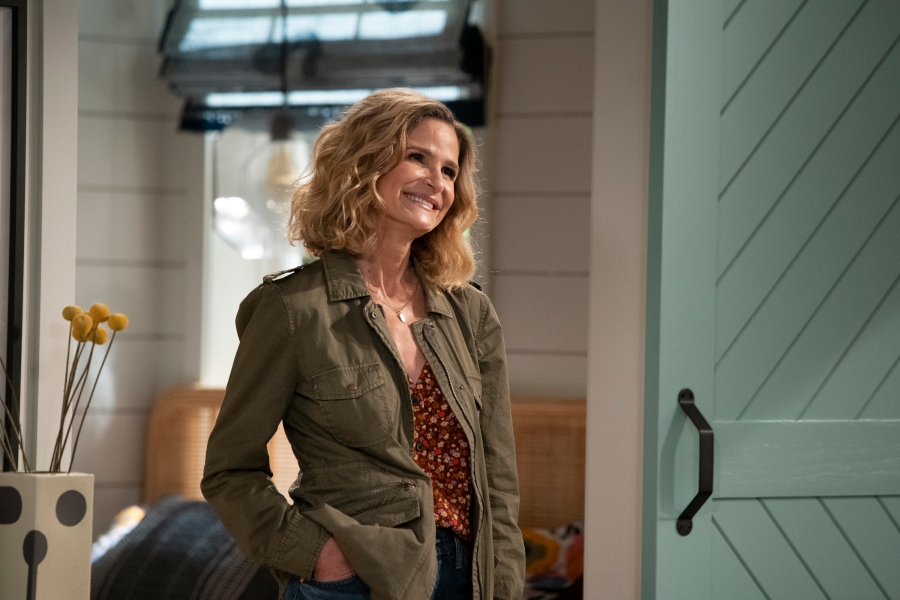 ABC’s new comedy “Call Your Mother” (premiering Wednesday at 9:30 p.m.) has one great thing going for it, and her name is Kyra Sedgwick.

“The Closer” star makes a return to prime time as an empty nester who decides she’s going to drag those babies back into her arms even if it kills her (or them).

Jean Raines (Emmy winner Sedgwick) is a widow and retired teacher living in Iowa who panics when her 23-year-old son Freddie (Joey Bragg, “Liv and Maddie”) in Los Angeles doesn’t return her phone calls for four days in a row.

So she does what any sane mom would do, she packs up her stuff and moves to Los Angeles – just temporarily, of course.

“Honestly, we’d still be breastfeeding if we lived in France,” she tells Danny (Patrick Brammall), the owner of the guesthouse she rents.

Jean quickly discovers both her children are in trouble.

Daughter Jackie (Rachel Sennott) was dumped by the love of her life and is now dating her boss, who is so old, people mistake her for his nurse.

Freddie is finally getting somewhere with his videogame career and dating a ditsy social influencer, Celia (Emma Caymares, “Fosse/Verdon”). But he and Jackie haven’t spoken in months, sending Jean into overdrive.

As Jean reminds anyone and everyone, “I don’t know who I’m supposed to be anymore … If I’m not your mother, do I even exist?”

As siblings, Bragg and Sennott look similar enough to pass as family. The more interesting folks here, as with too many sitcoms, are the supporting players – Caymores as the status-conscious influencer who just has to videotape herself buying almond milk – and Austin Crute (“Daybreak”) as Jackie’s roommate, Lane, a newly out gay who’s finds Jean delightful.

“My mother wouldn’t fly out here to throw holy water on me,” he tells Jackie and Freddie.

If the humor is slight, Sedgwick’s charm and energy are considerable, and make the half hour bearable. (ABC only made the pilot available for review.)

“Call Your Mother,” like NBC’s “Mr. Mayor” last week, seems to be a victim of bad timing.

With the pandemic forcing so many families to quarantine in place, no doubt many parents will be jealous of Jean’s empty nest – and find her determination to rein in her grown kids downright perplexing.