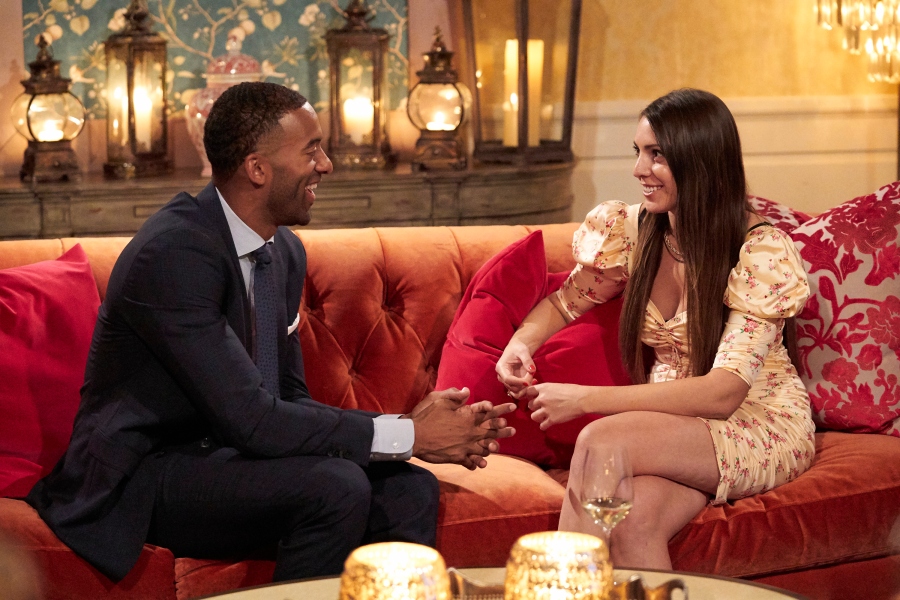 There’s catty, and then there’s malicious to the point of begging to be sued.

This season of ABC’s “The Bachelor” with Matt James has turned out to be the hardest in the franchise’s history to watch – because most of the contestants are showing themselves to be just awful people.

Last night pretty much opened with the women gathered to cackle and stew over Sarah’s departure the previous week. They bullied her out of the house, but they still weren’t done bad-mouthing her.

“The trash took itself out,” “Queen” Victoria said, and she was so proud of her bon mot.

Katie, one of the few reasonable women in the house, tried to introduce the other women to reality.

Victoria almost immediately established herself as one of The Very Worst Women in “Bachelor” History, and every week she gets worse.

She later demanded a private conversation with Katie.

It did not go well for Victoria.

“You’re not getting an apology,” Katie replied.

And here was Victoria’s explanation for her behavior: “I can do whatever I want. And I can express myself with name-calling when I choose to.”

Worth noting that we are at such a critical moment in this country with people who become furious when someone calls them out on their bad behavior.

We have an entire political party that screams “cancel culture” whenever anyone criticizes them, when really, what they – and Victoria – want is to be given an absolute free pass.

Speech – and actions – have consequences.

And Katie stood her ground, telling Victoria that if she was ever going to be rude about someone else, she reserved the right to call her on her BS.

Victoria – for the first time in the entire season – looked absolutely bewildered.

It was a good look for her.

Unlike Victoria’s ex-roommate Marylynn, who tried being conciliatory with Victoria and ended up getting kicked off the show, Katie knows herself and her boundaries.

She held her ground against Victoria’s bullying, and Victoria didn’t know what to do with herself.

Later, the women were rattled by the arrivals of five new women. Calling themselves the “OGs,” the women belittled the newcomers.

And then it got really strange: Anna spread the rumor that newcomer Brittany is an escort.

How did she know this? Why would she feel the need to share this? Do we really need sex shaming on “The Bachelor”?

Brittany denied the allegation, but damage has been done to her reputation on national television. Anna better hope Brittany doesn’t know any good attorneys.

Katie pulled Matt aside, and, without naming names, described the toxicity of the house and how one rumor could literally destroy one woman’s life.

Matt vowed to put a stop to it.

We’ll have to see how that works out.

Next week: Matt confronts the ladies – and there are tears, maybe even a few shed by a couple people who really need to be ashamed of themselves.