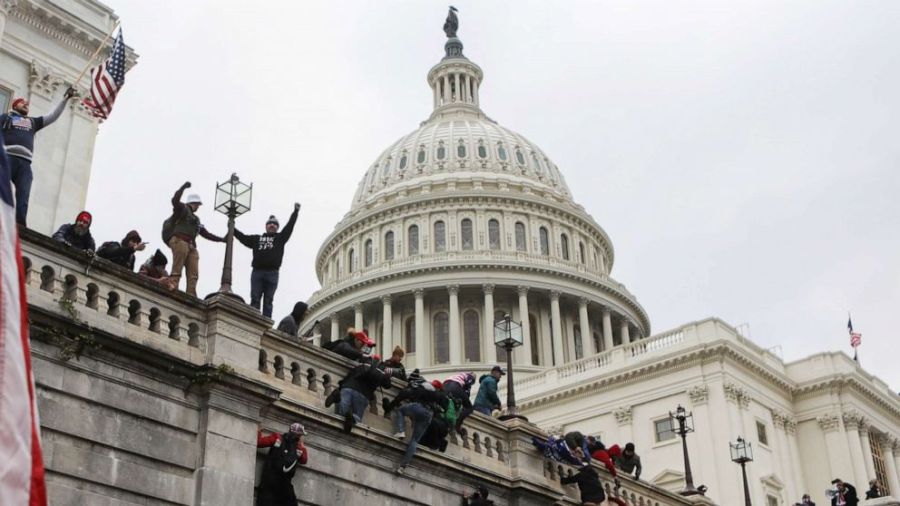 As we mark the one-year anniversary of the assault on our nation’s Capitol, it’s important to note how much has changed – for the worse.

While law enforcement filed charges against over 700 members of the mob, the people who instigated, funded, and organized the insurrection to overturn the 2020 presidential election have not been held accountable.

The Department of Justice has been astonishingly mute. If the FBI is investigating, officials are saying nothing.

The House Select Committee on the Jan. 6 Attack may be the country’s only hope for answers.

“We can’t whitewash what happened on Jan. 6 or perpetuate Trump’s big lie. It’s a threat to democracy. What he did on Jan. 6 is a line that cannot be crossed,” said Congresswoman Liz Cheney, one of the few Republicans to stand up to Trump.

The committee, however, is running against the clock: If Republicans retake the House in this year’s mid-term elections, as many predict, the committee would be disbanded, its work abandoned.

Trump announced he will hold a press conference Jan. 6, no doubt to perpetuate the Big Lie that the election was stolen from him.

Why shouldn’t he? It’s been an effective strategy that allows him to retain his grip on the Republican party.

According to a new Washington Post/University of Maryland poll, only 27 percent of Republicans believe Trump bears some responsibility for the Jan. 6 insurrection.

That figure for Democrats? Ninety-two percent.

That schism is having a profound impact on the right to vote.

Since the election, and despite no evidence of widespread fraud, 19 states have enacted stricter mandates for voting.

Georgia has taken it even further: The Republican-controlled legislature has taken control of local election commissions, ousted Democratic officials, and replaced them with party cronies.

The likelihood is great that if the people of Georgia select a leader the Republican party disagrees with, the party will simply find a way to disenfranchise their own voters.

As CBS’ Major Garrett noted, we may have reached the day when it doesn’t matter who votes – it matters more who counts the votes.

So while the attack on the Capitol was unsuccessful, the insurrection continues – with no less than the survival of the country at stake.

The thought of Trump retaking the White House should terrify all rational people in the world. It would be his Revenge Tour. He would redouble his efforts to politicize the military, fill the Department of Justice with his corrupt toadies, and use the power of his office to settle all scores, real and imagined, with the American people.

The country as we know it would not survive. Our almost 250-year-old experiment in democracy would die at the hands of a morally bankrupt reality TV host.